This Too Shall Pass

After turning the corner of my "impatience episode", of last week, I realized that every thing has its peaks and valleys.   In the midst of the valley, with cleansing breath, I recited, "This too shall pass", knowing that I will be blessed with the path forward.  As I thought, I reminded myself of other things that have passed since I began this initiative:  toxins (via adult acne), lethargy, negativity, and gas.

Yes, I said gas.
I was happy to see my skin clearing. I had experienced a few breakouts since starting this process but didn't become alarmed because as you cleanse, any toxins in your body will release through whatever avenue available.   In some instances, it will be your skin. As you continue however, your skin clears.  This lasted only in the initial week or so.  I was more excited about feeling physically energized in the mornings.  Always an early riser, I still felt the need of caffeine to get me going.  Since the elimination of meat, I realized that I have more energy upon waking and no longer desire coffee.  Despite spending time in the "valley", I'm feeling quite positive.  There is beauty in the valley - it's all how you look at it.
Flatulence

The more you fart, the better you feel.
So, beans, beans with every meal!"
Although I had not gained any weight, my belly was a little extended.  I started doing yoga abdominal massages and stretches which helped and got things going however, the situation would soon return. I decided to check into it.  According to Nexium Research, flatulence occurs when the bacteria in the large intestine break down undigested food passed from the small intestine, it produces hydrogen, carbon dioxide, and methane gases, which are then released...which translates - it's a natural bodily function.  Foods which produce gas in some may not effect others in the same manner.  The lesson? Learn your body and make adjustment accordingly.
Just let it go!
Not to be offensive, but pun is intended.  I realized that some of the very foods I have come to enjoy are causing more nature than I care for: 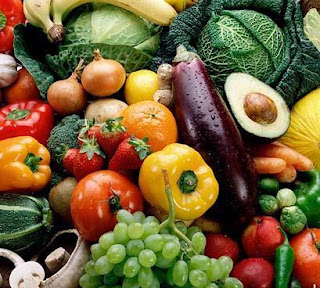 WOW!  This is exactly what I've been eating this past month.  But, as far as I know, the vegans I have been face to face with haven't been uncontrollably letting loose around me.  How to "let it go" without giving it up? There must be an answer. I found out that suddenly increasing your fiber intake is the culprit.  That is exactly what I've done.  EUREKA! I discovered that to counter gas, the answer is not a complex concoction or recipe.
It is very simple:  water (guilty!)

As I sit here drinking a glass of water, I realize that as I work my way out of the valley, the intricacies within my body will slowly mesh and will work its way out.  As you pass, you release that which you do not need. Nothing stays in the same exact position forever.  The doldrums that gripped me will also eventually subside in the same manner as the euphoria.  That it is okay to let go, and by doing so, I will find comfort in neutrality and equilibrium - perfect way to prepare for the next up and down ride.

Email ThisBlogThis!Share to TwitterShare to FacebookShare to Pinterest
Labels: fun, keep it simple, what to eat