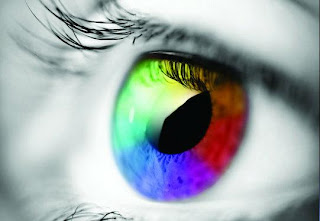 My husband was born with the gift of sight. His grandmother always said he was born with "a veil over his face". It is believed that if this occurs during birth, once removed, the ability to "see" is gifted upon the recipient.  The veil is called a "caul".  It is a thin membrane of tissue that covers an infant's face and is removed immediately after birth, In many cultures it is considered good luck and an indication that the child is destined for greatness.  I can not attest to the gifts of the caul, however, I can say for certain that my husband can definitely "see".  He has an uncanny ability to look at people or situations and impart a brutal honesty.  Over the years, I have both cherished and cursed his gift.  He has saved me from situations I had no clue I was in and he has told me things I reluctantly had to accept although I did not want to hear them.  I am grateful for his gift and for the humility he exhibits as he acts always from a position of love.  He has one of the largest hearts of anyone I know as he passionately and selflessly gives to any, many times to strangers.  His words are often received as wisdom.  I realize he does this so easily because he can "see".  I have learned over the years to take heed when he is cautious of someone, that in time, the light of truth tends to prove him correct. Never abusive of his sight,  he uses it to shed a light in areas once dark bringing a truth where none previously exists.

I do not possess this gift.  I perceive, as one who hears and feels. I am a recipient of those who see.  It is important for those of us who feel to become quiet in order to hear what the seer is saying to understand what they see and to allow them to shed a light in dark areas.  When I can not see clearly, I often seek the advise of my husband or others gifted with sight to help me see.  Recently, this very task was presented as I became involved in a situation in which I had to become quiet and seek sight.

"The quieter you become,
the more you will be able to hear"~ Rumi

I have rapidly learned that human kind in the vegan world is no different than those outside it.  I had a naivete that somehow, those who do not consume animals had a softened sensitivity of all beings.  While I have met many who are sweet, sensitive souls, I have discovered that some of the intricacies of interaction that are not pleasant also rear ugly heads in the vegan euphoric world.  Unfortunately, I have discovered that many are not as they present themselves to be.  I do not purport to be or do anything more than what I am. Why people say one thing publicly and secretly do another perplexes me and causes pain.  Why I believed that vegans would not do so is, again, being naive.  I always want to assume that people have good hearts and intentions.  After realizing that all are not as I think they should be, it became time to remove my judgment, to stand still, to become quiet, to hear, and to allow the light of the seer to shine.

The Light of Truth

My mother and grandmother would always tell me this statement as a warning to be just in all my actions, even when no one is looking,  for one does not want to be caught in the light revealed unjust, to take heed for no matter how long, how deep, or how much time you are in the dark, the light always, inevitably, will come.  This proverb comes from the bible scripture "For nothing is secret, that shall not be made manifest, neither is anything hid that will not be known and come to light" (Luke 8:17)  I guess I have lived not trusting the cloak of darkness therefore, ever cautious of any actions that would consume me with negativity as I walked in the light.  So as I sat with the hurt and pain that all are not as they appear to be, I prayed and meditated in a dark quietness to listen and to hear and to be prepared to see as the light of truth began to shine bright. 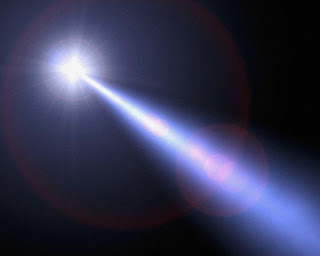 I experienced a revelation -  I realized hurt and experienced pain because I was looking and seeing through eyes void of  objectivity.  A true seer looks without judgment,  they just "see".  My mistake is that I had not thought about the variables that I did not see, that many people show you only what they want you to see leaving you to fill in the rest with your opinion, judgment and thoughts of how you think they are.  For the most part, we don't care. Our society loves to build people up and then tear them down. It's only when we become more intimate with them as friends, lovers, partners, or fans that we attach emotion to our views and become hurt when vision does not match actuality. For the majority of us who were not born with a caul or the ability to perceive with sight, we must remember - when the light of truth is revealed, instead of being angry or hurt  (as I was) we need to begin to look at ourselves.  What variables existed all along lurking in the dark that we did not,could not, or "chose" not to see?   We, just as those we feel disappointed in, will emerge from darkness to address challenges not by anyone else's accord, but within our own light.  As light shines upon you, look at your own truths and make adjustment.  It is not up to us to do anything but to stand in the truth of our own light.  When the light of your truth shines upon the darkness of someone exposing something you did not wish to see, do not be upset, be grateful for the lesson.  Do not linger upon it, for it is a waste to time.  Be quiet, listen and hear.  Allow the light to reveal, to help you see who and what you are dealing with.  Embrace new sight, let it heal, let it help you move in a different direction - one that you never saw coming.


The dictionary defines the expression "eye-opening" as: "causing one to suddenly learn or understand what was not previously known" .  In my yogic mind, this expression comes from the opening of the third, all seeing, eye which is located above the brow in between the eyes.  When it is blocked or unbalanced, one can not "see".  It then must be "opened" to remove barriers which block sight.  The third eye can become blocked from emotional situations, when being judgmental, and after suffering grief or pain.  If it remains unbalanced, it is said that one can become manipulative.  Physically, a blocked third eye chakra can lead to headaches, ear, nose, throat problems and even difficulty with normal vision. 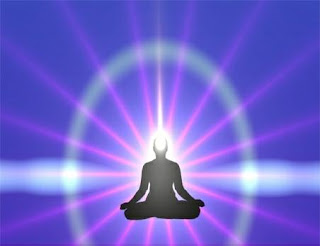 According to Chakra Balancing, when the third eye, represented by the color purple,  is open or balanced, it provides the gift of intuition  or "second sight," and allows one to see beyond physical, material things.  A balanced third eye facilitates congruence between thoughts, words and deeds... allowing whatever is occurring in the dark to parallel in truth with that which occurs in the light.


A simple, introductory way to open the third eye is to sit in lotus, hands in guyan mudra, eyes closed but looking up at the third eye located between the brows in the middle of the forehead, and recite OM or AUM  which manifests the spirit of God.