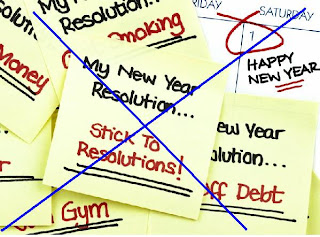 As one year ends and another one begins, so many reflect over what they could have, would have or should have done.  They "resolve" to be better, bigger, brighter, or anything associated with overcoming that which they failed to accomplish previously.
It is commonly known that many do not achieve what they resolve and many fail resolution within the first weeks or months of declaring intentions.

Why?  Very simple.  A resolution is a wish without any plan to actually achieve it.  It's just something simply said.  In a previous post Affirmation, I discussed how resolution is just a part of the formula.  Instead of resolving, we must also affirm, to realize the words of our resolution to fruition.. To visualize it into reality.

To affirm successfully, you must continue pass the initial resolution stage of "say It".  You must also, believe It,  do It,  and be It.

Saying IT
Please do not think that I am minimizing the importance of resolution.  Saying it is the first, crucial step.  If we don't first say it, we can not proceed.  It is key to verbally express your intent.  Saying it incorporates reflection of where you have been, recognizes your present moment, and introduces where you plan to go.  Saying it truthfully is the next step.  If you distort any component in saying it, you are destined to break your resolve which is why many never move past this point.  The problem is that most resolutions are passive intentions.  For example, to say "I resolve to loose 30 lbs"  without truthfully acknowledging how long it initially took you to gain those pounds, the habits that placed you 30lbs  up or the real reason why you wish to loose it, will become burdensome and you may give up before you actually get started.  Perhaps you  really don't need to loose 30lbs.  Perhaps you are only trying to loose weight for an artificial event or reason, or perhaps the real root cause is your health and to loose 30lbs is a by-product.  So instead of resolving, say your intent with affirming truth "I reduce my pre-diabetes risks". 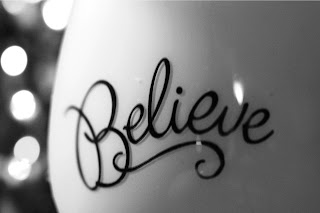 The reason most do not get past the Say IT stage is because they either set a superficial resolution or they don't believe it themselves.   A realistic statement that exemplifies your truth will lead to successful realization.  You say what you believe and believe in what you say.  When you believe your statement, you will exhibit it and those around you will believe it also.  As said in the past, imagine yourself not failing.  Believe in your success. 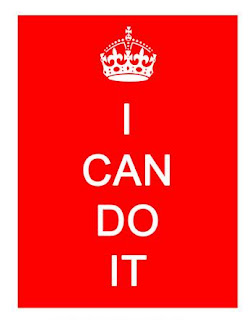 Saying and believing your statement is the catalyst.  Remove the passivity of resolution - instead, do it.  Actually doing It is the action to bring it to be.  Remember

"Actions speaks louder than words"
Put your words into place.  Prioritize the steps needed to accomplish what you desire to be.  Address each step an item at a time.  For example:  "I live cruelty free".  Begin by believing you are cruelty free in your actions and intentions.  Make a list of things you will no longer do and those which you will:  get rid of all of your animal based products,  replacing each one-by one with cruelty free items - start with your pantry, the move on to your refrigerator, then your closet. As you move through the steps,  acknowledge that you are "doing IT", say your affirmation out loud as you "do".   Remember, no artificial or stressed-filled created/generated deadlines.  Work through doing IT, one day, one step, one moment at a time. 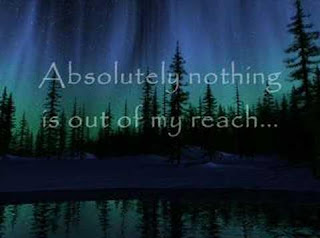 After you have done it, the final step is to actually Be IT.  Being it is reinforcement and the physical manifestation of the original words "said".  It is accomplishment of objective.   Successfully being IT reinforces your  belief in yourself and allows you to proudly state who you now are, for example:   "I am vegan", "I climb mountains", "I run marathons", "Today is a great day", "I help the homeless", "Absolutely nothing is out of my reach", etc.    Being IT transforms resolution into affirmation and affirmation into a positive self-fulfilling prophetic truth.   When you have become that wish you sought to be, a euphoric empowerment washes over you, giving you the ability to "say it" again, to move on to do and be the next thing.
So, whatever IT may be for you, as one year ends and a new one begins, remember to realistically wear the realization that "it" is more than resolution, "it" is affirmation. Proudly say it, believe it, do it.....BE IT.